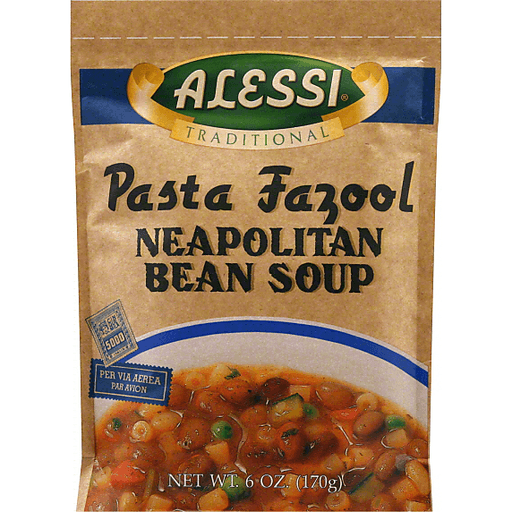 There is nothing quite as satisfying as a bowl of rich, hearty soup. Soups are eaten in almost every corner of the world and over the years, certain soups have become associated with particular countries. Italy is no exception with several regions boasting claim to some of the world's best soups. Pasta Fazool (Minestrone) is synonymous with the Southern region of Italy. Fazool is from the Italian word Fagioli, which means bean. The Neapolitans perfected this thick, three bean, multivegetable pasta soup which entitled them to rename the dish in their own dialect and it thus became known as Pasta Fazool. People today eat soup for different reasons than they did yesteryear. Once considered an inexpensive meal for the poor, soup has become popular among the health conscious consumers of today. There is a saying about soups in Southern Italy that states, Sette cose fa la zuppa. which translates to Soup does seven things. It relieves your hunger, quenches your thirst, fills your stomach, cleans your teeth, makes you sleep, helps you digest and colors your cheeks. Give Alessi soups a try and let us know if the old saying might still prove to be right. Try our other traditional soups and Buon Appetito! www.alessifoods.com. Manufactured in the USA.