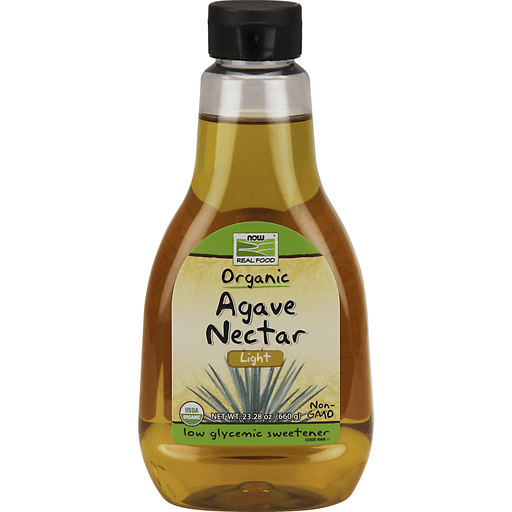 Known in Mexico as aguamiel, or “honey water,” Agave Nectar was considered a gift from the gods by the ancient Aztecs, and today is considered nature’s perfect sweetener by many. Agave Nectar (also called Agave Syrup) is minimally processed using low temperatures and has a low glycemic index. NOW Real Food® Organic Light Agave Nectar is a mildly flavored liquid sweetener with a taste similar to honey. Its mild flavor makes it ideal for use in many culinary applications, and it’s a good substitute for honey and maple syrup. It dissolves quickly and easily in both hot and cold beverages, so use it right out of the bottle for a healthy splash of natural sweetness! Ingredients:  Organic Agave. Gluten-Free Vegetarian/Vegan Product. Store in a cool, dry and dark place after opening. Certified Organic by QAI.