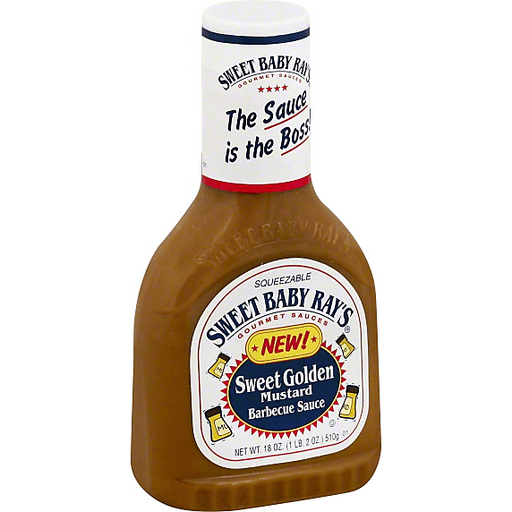 Gluten free. Sweet Baby Ray's - Gourmet sauces. The sauce is the boss! In 1985, may brother, Chef Larry Raymond perfected the family's recipe and entered our sweet and tangy barbecue sauce into the country's largest rib cookoff. He named it after the nickname i got while playing basketball on Chicago's West Side - Sweet baby ray. The sauce is so fine, the taste beat out nearly 700 entries in the riboff. Within a year, Larry and I, along with out high school friend Mike O'Brien, formed a company around our award-winning sauce and our simple philosophy about barbecue. The sauce is the boss. - Sweet Baby Ray. www.sweetbabyrays.com. Follow us on: Facebook. Twitter. Instagram. Pinterest.